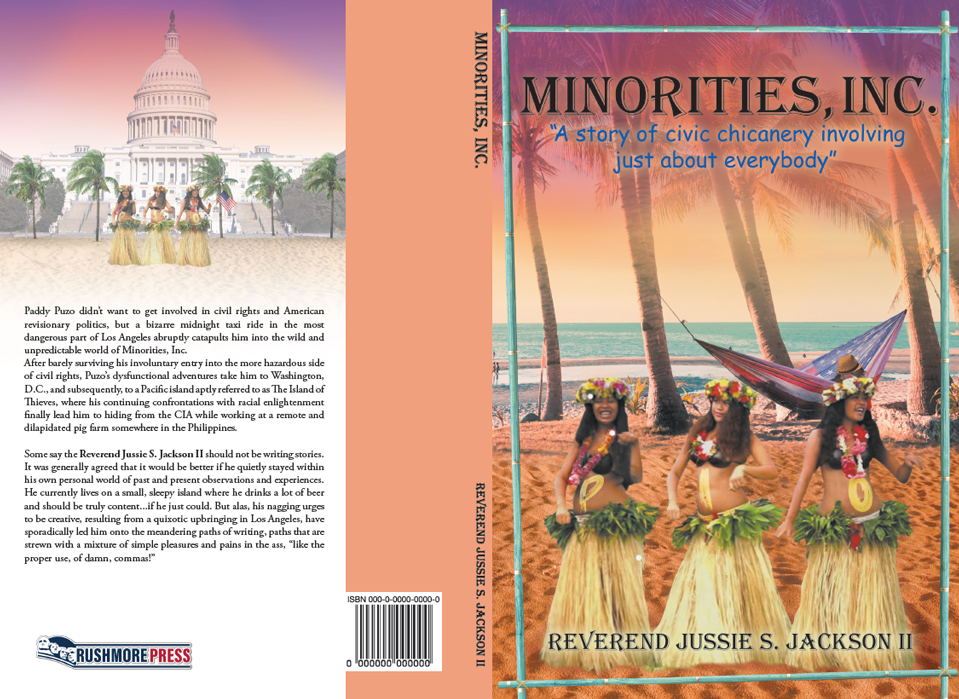 "A story of civic chicanery involving just about everybody"

Paddy Puzo didn’t want to get involved in civil rights and American revisionary politics, but a bizarre midnight taxi ride in the most dangerous part of Los Angeles abruptly catapults him into the wild and unpredictable world of Minorities, Inc.

After barely surviving his involuntary entry into the more hazardous side of civil rights, Puzo’s dysfunctional adventures take him to Washington, D.C., and subsequently, to a Pacific island aptly referred to as The Island of Thieves, where his continuing confrontations with racial enlightenment finally lead him to hiding from the CIA while working at a remote and dilapidated pig farm somewhere in the Philippines.

Some say the Reverend Jussie S. Jackson II should not be writing stories. It was generally agreed that it would be better if he quietly stayed within his own personal world of past and present observations and experiences. He currently lives on a small, sleepy island where he drinks a lot of beer and should be truly content...if he just could. But alas, his nagging urges to be creative, resulting from a quixotic upbringing in Los Angeles, have sporadically led him onto the meandering paths of writing, paths that are strewn with a mixture of simple pleasures and pains in the ass, “like the proper use, of damn, commas!”

Get the hard copy from Amazon

Get the Ebook from Amazon 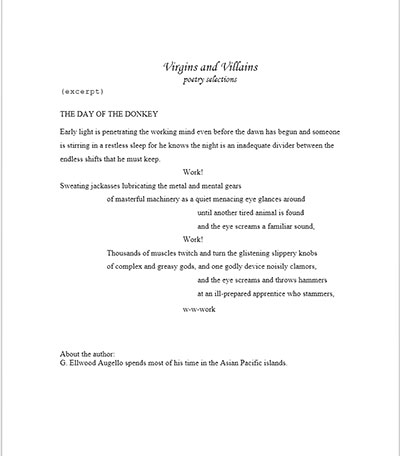